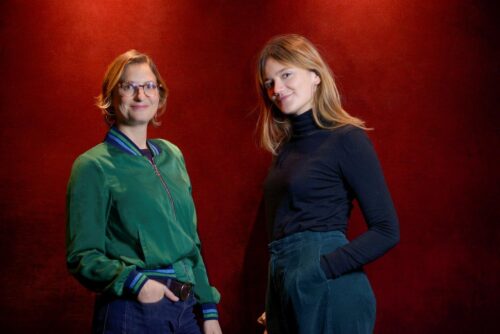 After brief and enriching experiences at the Musée du Louvre and Sony Music, Lily Fisher joined the Printemps de Bourges team in 2001, where she worked for 11 years in Communication and Coordination, then Production Management, before becoming the Festival Director.

In 2012, she joined the Zenith of Paris team as Deputy Director and then took over the management of the venue in July 2020. Since 2016, she has also been a partner in Colling & Cie, which currently operates the three Zeniths in Paris, Nantes and Toulouse.

Involved in public interest missions, she chairs the Commission for the development and equipment of concert halls within the CNM.

Sauce Blanche is the first concert promoter in the restaurant industry. A music and food talent scout, Sophie is Sauce Blanche’s ear, and her objective is to make tomorrow’s emerging artists known. Musical programmer but also commercial director on the project.

Between internships in advertising and event production, but also editorial at General Pop by BETC, cultural project manager at La Rotonde-Stalingrad, she has more than one string to her bow to launch herself into entrepreneurship.

Sophie has been immersed in music since she was born: a grandfather who was a project manager at Pathé Marconi and a father who had a boy band in the ’80s, she could only be well educated. Her little secret: as a child she dreamed of being a cook and Lorie at the same time.