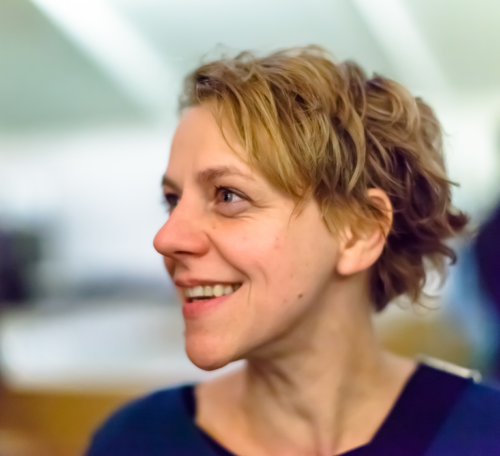 On the occasion of International Women’s Day on March 8, Itta Francesca Ivellio-Vellin did a series of interviews with numerous women from Austria and talked to them about their backgrounds, feminism and the current situation in the music sector.

Christina Bauer is one of them. She works as a sound engineer and sound designer.

What is feminism to you?

For me, feminism means striving for equal opportunities regardless of gender.

Where does the (Austrian and international) music scene need to start? What is needed?

I think that in my field, sound engineering and sound design, there is a problem that needs to be tackled much earlier and more fundamentally. It’s about the question of why so few women choose technical professions. I often have to deal with women who are too quick to say, “Oh, I’m completely untalented in technical matters!” Whereas men tend to be completely convinced that they have everything technical under control, although this is often not the case. Male beings – often starting in the immediate family – are attributed from the outset with understanding and mastering technology – basically by nature. Of course, one must have a certain talent for this area. I don’t think this is a gender-specific matter, but rather that an understanding of technical processes can and must be acquired and learned first and foremost. So it’s about encouraging women in terms of education and training toward technology.

How did you get to where you are now?

For the first two or three years, I mainly did sound engineering for a wide variety of bands and plays. A good spirit in the form of the former director of the Institute for Electroacoustics and Experimental Music pointed me in the direction of contemporary music as a field of activity. This – but not only – is my musical home until today.

How much support did you get from your personal environment?

Especially at the beginning of my career (end of the 80s, beginning of the 90s), when I came to a location with bands, for example, the sound engineers on site were quite perplexed because I was the sound engineer and not the singer or keyboard player. To be fair, though, it has to be said that women were really still rare in event technology back then. But then I also met people again and again (especially men) who showed me new ways and thus supported me a lot.

Translated from the German original by Katharina Reiffenstuhl