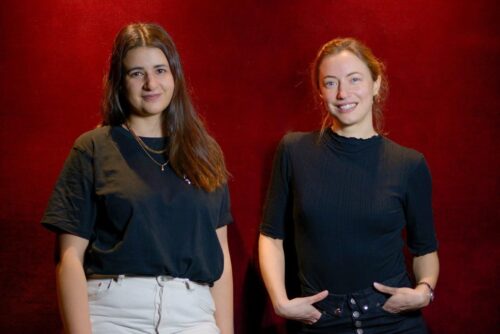 Manager of the label and publisher YOTANKA, Clarisse Arnou started in the music industry as an artist manager at the age of 21.

After a stint at ND where she discovered Noir Désir’s company, she became fascinated by independent production models and created a company for the internationally renowned world group Lo’Jo to handle their phono production and publishing.

She took over the YTK label with a partner in 2011, multiplying the number of signings since then and honouring the diversity of aesthetics : Laetitia Sheriff, Kid Francescoli, Elisapie, Mesparrow, Octave Noire, Di#se, Namdose, Muthoni Drummer Queen and many others. In 2017, she took on a new electro artist in management Thylacine, and the management of the company Intuitive, dedicated to record production and publishing.

Recently appointed Vice President of UPFI (Union of French Independent Producers), she sits on the professional council of the CNM.

After 6 years of law studies in France and abroad, Yveline worked for 5 years as a project manager in the digital planning of the territory before joining, in 2018, a company of the social and solidarity economy, Simplon.co.

In 2017, she started writing and directing documentaries, including a web series about the 75th Session collective and a feature film, Clasher l’ennui. In 2019, she created an association dedicated to documentary production, Les Gros Sourcils. At the beginning of 2020, she joins 75e Session Records as associate and director to focus on the development of the label.

She produces two artists, Sheldon and M le Maudit, and works on the deployment of a new artist and label service offer organised around a new recording and mixing studio.